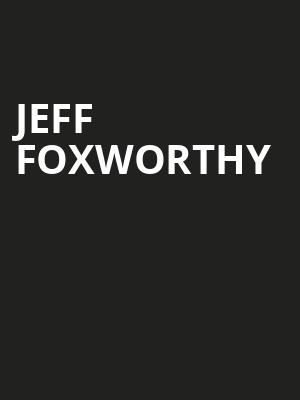 Jeff Foxworthy has kept audiences rolling in the aisles since 1984. With Southern-style brand of humor, quick off the mark one-liners and unique perspective on 'Redneck' living, Foxworthy caught his break at a time when Country Music was booming. His self-deprecating humor caught on and the popular comic ended up opening shows for Garth Brooks and Emmylou Harris.

Building on the success of his stand-up comedy career, Foxworthy made himself a household name through a myriad radio and TV appearances, going on to host the popular Fox TV show 'Are You Smarter Than a Fifth Grader' and act in his own self-titled sitcom. Catch the genial family man as he returns to his stand-up roots on a stage near you!

Sound good to you? Share this page on social media and let your friends know about Jeff Foxworthy at Wind Creek Event Center.